I love the flavour of Madura English Breakfast tea and was impressed with the product.

After living in China and drinking beautiful flavoursome Chinese Brown tea coming back to Australia had me back on coffee…I tried every tea on the supermarket shelves searching for the flavour. The closest was Twinings English Breakfast and to my delight, Madura English Breakfast is just what I was looking for.

Madura is Tamil for ‘Paradise’, and that’s exactly what you’ll find at our Tweed Valley plantation.

Our little piece of paradise comprises in part, 250,000 tea bushes, nestled in a region of pristine rainforests, streams and rivers on the outskirts of Murwillumbah in northern New South Wales. It is here – at Australia’s only sub-tropical tea plantation – that we grow, blend and pack Australia’s leading range of exquisite specialty teas.

The Madura estate was established in 1978 by a third-generation tea planter from Ceylon, Michael Grant-Cook, and his wife Norma. From the outset, Mike’s vision was to blend his own tea with premium teas from around the world to produce a unique brew unrivaled in flavour and aroma. He chose the Tweed Valley for its ideal climactic conditions and geographical resemblance to Assam in north east India – the home for thousands of years of one of the unique species of tea.

As Australian pioneers of eco-sensitive tea cultivation, we make pure, natural tea that is unrivalled in freshness and flavour.

Naturally low in caffeine, high in antioxidants and full of flavour, Madura tea is cultivated in harmony within the world heritage rainforests and unpolluted rivers of the Tweed Valley, near Murwillumbah.

Our plantation offers a safe haven for native flora and fauna and is home to more than 250,000 tea bushes, providing a naturally occurring ‘carbon sink’ for the region.

We blend and package more than 24 tea styles in loose leaf, teabag and silk infuser– from traditional brews such as English Breakfast and Earl Grey, to exotic blends including Green Tea infused with locally grown Lemon Myrtle. 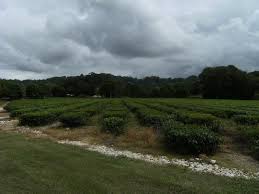