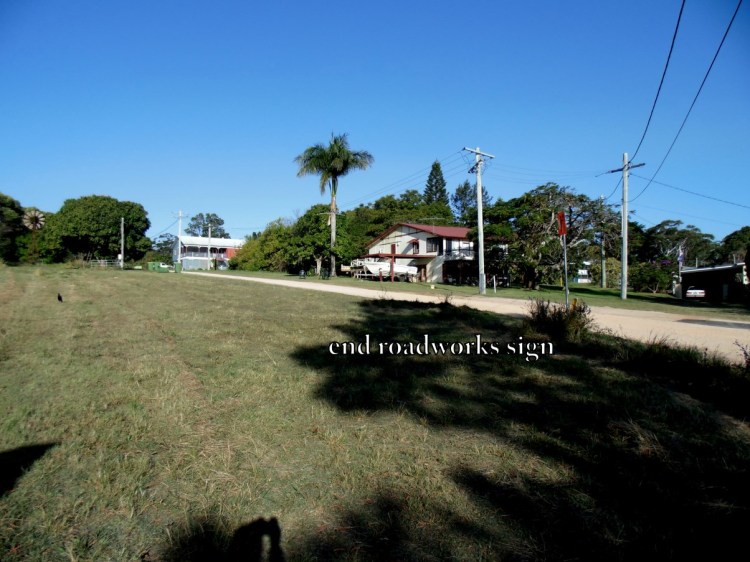 The road is a mess here and when it rains, the water pours down the hill and cuts a gully down the side of the road 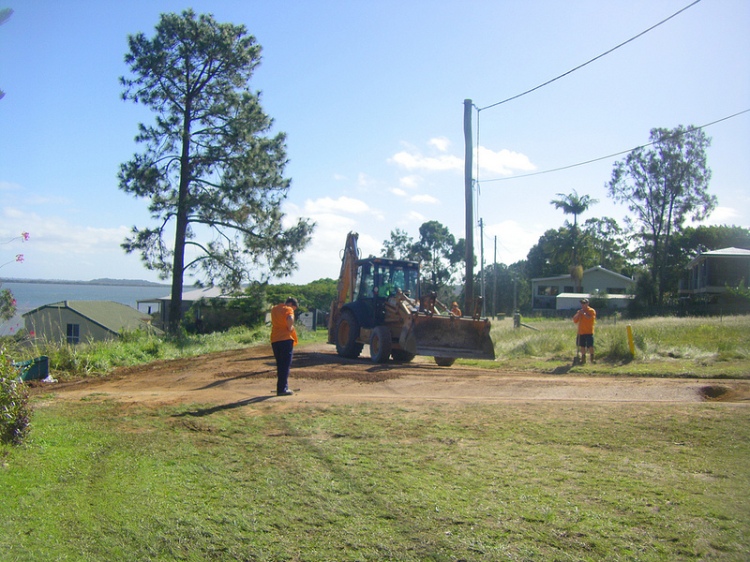 During the heavy rains in February, I called council asking them to fill the gullies along the roadside so my car was not falling into the gully. They came and filled the edges with sand which promptly washed away when it rained again.

Undaunted, I called them again and said the road was now worse.

Their response….to dig it up, fill it with muddy gravel this time, and create this black band-aid of road surface across the entrance.

Not the best, but we all shrugged and looked askance at it. The centre was to sink but it is still intact.

Then great excitement…surveyors came and looked at the road and we were told it was being sealed, with drainage down the sides, and a cul de sac created so people could enter that area without getting in the grass and mud.

So it was with great excitement that I went to ask the guys putting up a ‘Roadworks in progress’ sign to be told the roadworks was up the road and would stop approximately 50 meters from where the water will be the worse. I was also told that the water now will be more than before which means the sand and gravel put down will be washed away with the rains.

They are not doing the part that needs doing because the budget has been cut.

I wonder if they will have more budget in 2 months time when the road gets even more damaged as this filling will certainly wash away……..Sigh!!